Apple’s 2016 MacBook Pro has been embroiled in a major battery life controversy ever since it hit stores. The problem is so severe that it’s become the first MacBook ever to not get Consumer Reports’ recommended rating.

Consumer Reports tested all 3 versions of the MacBook Pro with and without the Touch Bar. Overall, it found that the devices performed well in terms of display quality and performance, but failed completely when it came to battery life since each model varied dramatically from one evaluation to another.

The news will come as no surprise to scores of MacBook users, some of whom have had to deal with a mere 3 to 4 hour battery life out of the 10 that Apple promised the laptop would deliver. Consumer Reports found that the 13-inch Touch Bar iteration lasted 16 hours in its first round of testing, 12.75 hours in the second, and a mere 3.75 hours in the third.

Similarly, the 13-inch non-Touch Bar model lasted anywhere between 19.5 hours to 4.5 hours and the 15-inch one between 18.5 to 8 hours. The firm states that a notebook’s battery life usually varies by less than 5% in its tests. The final battery life score is calculated based on the average of the results.

However, in the case of the MacBook Pro, the glaring differences made figuring out its average a difficult task. As a result, Consumer Reports decided to utilize the lowest battery life results to crunch its final scores since it’s the best way to inform a customer how long they can use their product without having an electrical outlet close by.

After taking in all the tests, Consumer Reports declared that all 3 MacBook Pro iterations failed to meet its standards for recommended models. Apple’s laptops typically perform exceptionally in its battery evaluation, so the result comes across as a significant departure.

Apple for its part has declined to comment on Consumer Reports’ findings up until it better understands the issue. It recommends anyone who has a question about their MacBook to contact AppleCare. 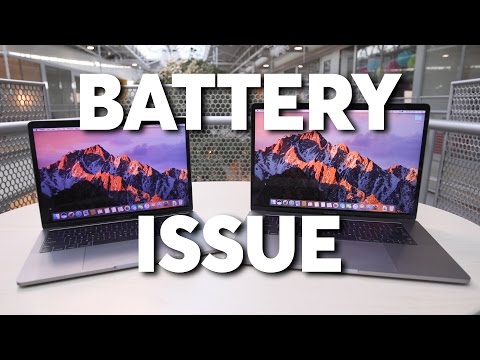