It’s been over a month since Google officially revealed the Nexus 7 2013. We knew that the 4G LTE capable version was due to be launched soon and now you can finally lay your paws on it. The Google Play Store has started selling the tablet for $349. But if you’re looking for a smaller Nexus, you may want to wait for this.

The 2013 Nexus 7 is being vended unlocked along with a T-Mobile SIM card. No worries if you’re on Verizon or AT&T. The slate is also built to support these networks. Insist on walking into a T-Mobile store and getting a feel of the tablet before laying out the cash for it? That’s not going to happen until October. 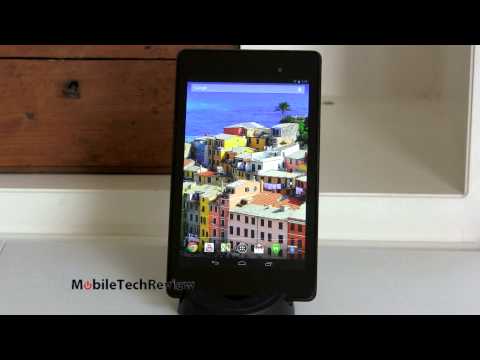 A look at the key specifications

A 1.5GHz Snapdragon S4 Pro processor with Adreno 320 graphics powers the slate. It has a 1920 x 1200p HD IPS display that stretches for 7 inches and is protected by Corning Gorilla Glass. Google’s done away with the 8GB option; so you’ll have to choose from 16GB and 32GB. 2GB of RAM, a 5MP main camera, a 1.2MP front lens, NFC and Bluetooth 4.0 are on the features list.

The 3950mAh battery hidden under the hood is expected to offer around 9 hours of average use and it can be juiced up via Qi wireless charging. If you’ve been hearing reports about GPS issues and jumpy multi-touch on this Nexus, no need to fret. Google already delivered a fix for it through the JSS15Q firmware update.