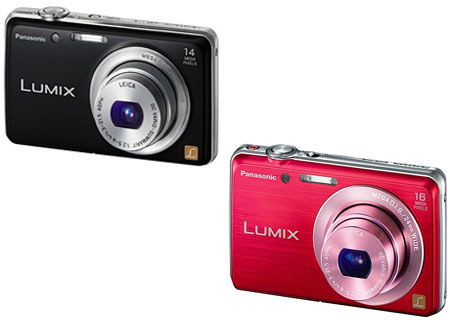 Each one of the various point-and-shoot cameras in the Panasonic Lumix DMC range which was unveiled at the CES 2012 is finally getting tagged with a price label. The company has also conveyed that the line-up which includes the DMC-SZ7, DMC-SZ1, DMC-FH8, DMC-FH6 and DMC-S2 will start shipping by early March this year.

Incorporated with a 25mm ultra wide angle Leica DC Vario-Elmar lens, the Lumix DMC-SZ7 price is revealed to be $199.99. This gadget is capable of 1920 x 1080p full HD video recording and 10x optical zoom as well as an autofocus response of about 0.1 second. Its companion in this list, the Lumix DMC-SZ1 price details suggest that it can be purchased for $179.99. Available in color options like silver, black, red, and blue, this snapper is also embedded with the same lens which has been employed with the SZ7. With similar optical zoom capacities, video recording of up to 720p is also made possible. 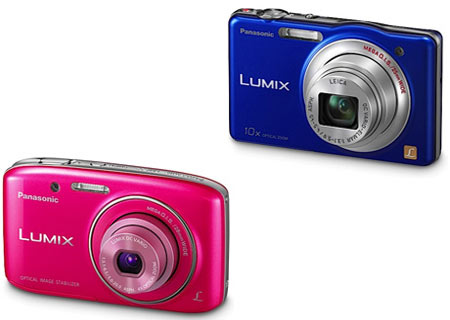 Dressed in silver, black and violet, the Lumix DMC-FH8 price for retail has been quoted as $149.99. With specifications close to this one, the black Lumix DMC-FH6 price tag reads $129.99. Both these devices are designed to be suitable for low-light conditions. The FH8 has been incorporated with a 16.1MP sensor and a 24mm ultra wide angle Leica DC Vario-Summarit lens. The FH8 as well as the 14.1MP FH6 can record HD videos in 720p.

The last one in this collection, the Lumix S2 price label for commercial purchase suggests that it can be picked for $109.99. The internal components include a 14.1MP sensor, a 28mm wide-angle Lumix DC Vario lens which enables an optical zoom of up to 4x, a 2.7-inch LCD screen and more. The exterior is tailored with a coat of funky colors like black, pink, or violet.

Although the price details for the 2012 Panasonic Lumix cameras are specified by the company, the precise release date is not yet known. However, eager customers can expect these gadgets by early March.