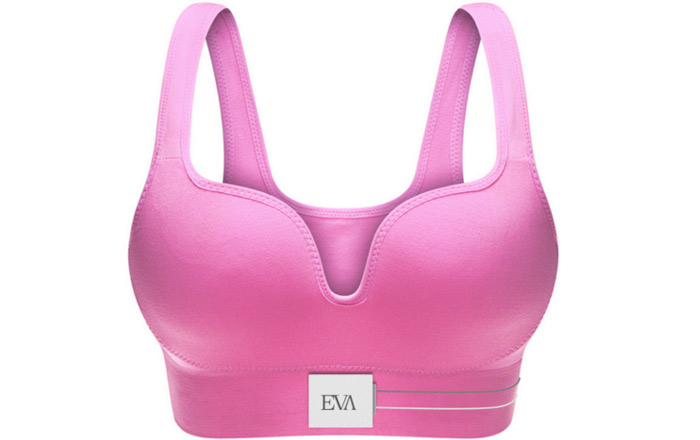 A young student from Mexico has come up with an ingenious way to detect breast cancer in women. He’s invented a smart bra that looks out for signs of the disease and relays reports to a connected phone or laptop.

Julian Rios Cantu says he was inspired to develop the bra after witnessing his mother’s battle with breast cancer at age 13. She nearly died since the illness wasn’t detected early enough and had to have both her breasts removed. His Eva bra came about after researching the disease, filing a patent, and then partnering with 3 friends to kickstart his company Higia Technologies.

The Eva bra utilizes roughly 200 biosensors to map the surface of a breast. It can monitor for changes in size, weight and temperature. This is key since most breast self-exams checking for early signs of cancer involve keeping track of the first two. The last detects thermal activity in specific zones.

Cantu’s theory goes that if there is a malformation or tumor in the breast it will trigger a higher flow of blood and an elevation in temperature, though this isn’t a proven fact. As for why the 18-year-old specifically chose a bra, he says that it allows them to monitor the breasts in the same position. Moreover, his invention doesn’t have to be worn more than an hour a week.

As can be seen in the video above, the Eva automatically analyses data and send the information across to an app or computer. It should be noted that the smart bra is still a prototype at this point of time. Higia Technologies has managed to raise enough money to start tests. It also got international attention this week after winning $20000 at the Student Entrepreneur Awards (GSEA).