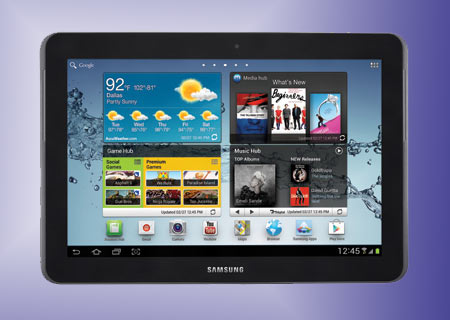 Since the 7-inch variant of a certain South-Korea based conglomerate’s most recent tablet lineup has gone live, next in queue is the 16GB Samsung Galaxy Tab 2 10.1. The slate is now available for purchase in the US and is accompanied by the Galaxy Player 4.2 device that’s scheduled to ship for just under $200.

The 10.1 Galaxy Tab 2 tablet was announced back in April of 2012 along with its 7-inch sibling and 2 Galaxy players. The device in question is built with a sleek form factor which measures 10.1 x 6.9 x 0.38 inches in dimensions. Packed within its framework is a 1GHz dual core processor which is backed by a 7,000mAh battery. For hoarding needs, it employs 16GB of memory, while the SD expansion bay enables the capacity to be extended up to 32GB more through a memory card. Other features of this Android Ice Cream Sandwich powered tablet include a 3MP rear camera, Wi-Fi, Bluetooth, a 10.1-inch 1280 x 800 pixel TFT display and much more. 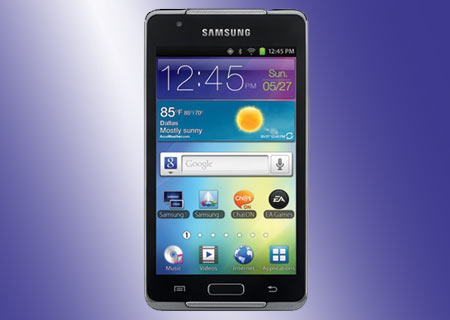 The Galaxy Player 4.2 also runs on the Android platform with version 2.3.5 in tow. Resting on the device’s front is a 4.2-inch WVGA LCD multi-touch display proffering resolutions of 800 x 460 pixels. With 8GB of built-in storage, an additional 32GB can be thrown in via the microSD card slot. Bluetooth 3.0, Wi-Fi 802.11b/g/n and various other components are fitted within dimensions of 2.6 x 4.89 x 0.35 inches. It houses a 1,500mAh battery and is capable of delivering around 8 hours of activity time.

The 16GB Samsung Galaxy Tab 2 10.1 price starts at $399.99, while the Galaxy Player 4.2 holds a price tag of $199.99. Both devices are available for purchase through various retailers including Amazon, Best Buy, hhgregg, Tiger Direct, WalMart, Office Depot and many more.