16GB Samsung Galaxy Note 8.0 price in US slips through 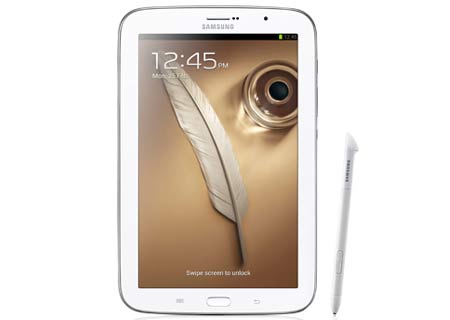 While Samsung is yet to officially announce the Galaxy Note 8.0 in the US, a retailer has taken the privilege to assert the tablet’s upcoming availability by posting a price online. The device in question is the 16GB Wi-Fi-only model which recently went live in the UK along with the 3G variant that has been launched in India as well.

We’re not sure whether the South Korean conglomerate intends on offering the freebies it included with the UK version, but we’re likely to find out soon as the device’s appearance on Office Depot suggests that an official welcoming isn’t far off. The guys over at Android Authority point out that the retailer has listed the tablet as ‘out of stock’ with no sign of when pre-orders will be accepted, but also state that the listing could have gone up by accident. 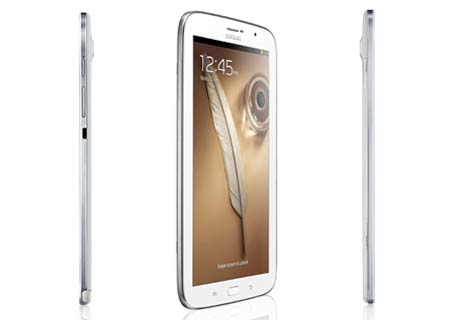 Accompanying the Samsung Galaxy Note 8.0 is the trademark S Pen stylus that proffers intuitive handwriting input in addition to other capabilities such as creating sketches. The Android 4.1 platform runs the show and there’s a coating of the company’s TouchWiz UI on the top. Measuring 7.95mm thick and 210.8mm tall, the device manages to squeeze in an 8-inch HD touchscreen along with a 1.3MP webcam on the front, while a 5MP AF camera sits pretty on the rear.

Coming to the innards, the slate packs in a quad core Cortex A9 based processor that operates at 1.6GHz. There’s 2GB of RAM for smooth operations and 16GB of integrated storage which is complemented by a microSD card slot that supports up to 64GB. The built-in 4600mAh battery is capable of delivering approximately 14 hours of usage on a single charge.

While there’s no concrete release date for the Samsung Galaxy Note 8.0 in the US, potential buyers can start saving up as the 16GB Wi-Fi-only device could retail for $399.99. There’s no confirmation whether a 3G or 4G LTE option will be launched or not, and which carrier will offer it. 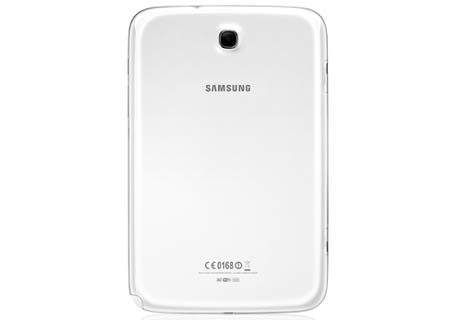