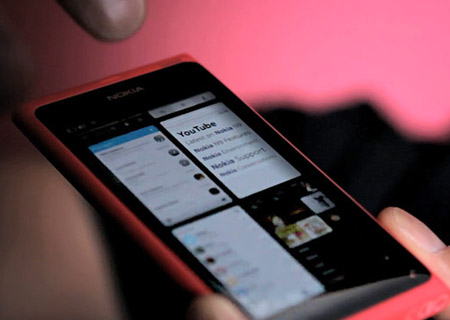 For all those who still have some cash left over in spite of the wholesale holiday binging, Expansys is offering the 16GB Nokia N9 at a reduced price. The MeeGo powered handset that never quite made it to every nook and cranny across the globe can be picked up for as low as £370.

Those who’ll settle for nothing less than a deeply somber tone – the taste for the classic black shade comes at a price. It reads at £80 over the pink hued version, to be more precise. And Expansys owns up to having only 5 such devices in its inventory now, as pointed out by My Nokia Blog. Well, it looks like fuchsia isn’t a very popular color among tech buffs out there. 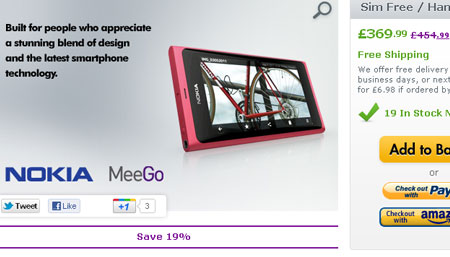 As for the N9’s specs, the Finnish manufacturer introduced it back in June as a ‘pure touch’ phone and hence the façade sporting a 3.9-inch AMOLED curved glass screen and no buttons. An 8MP camera with Carl Zeiss optics, auto focus and HD recording capabilities sits on the rear. A 1GHz processor, up to 64GB storage and a 1450mAh Li-ion battery also figure among the main features.

Since Expansys is clearly not promising that it won’t run out of 16GB Nokia N9 units, it’d be a wise idea for fans to hit up the retailer’s online portal and spy out their options already.