16GB Google Nexus 7 tablet out of stock at Play store 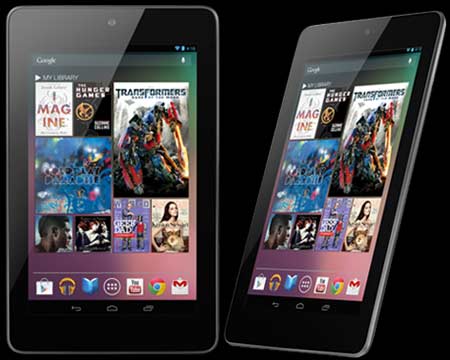 This slate is currently up for sale in Australia, Canada, the UK as well as the US and less than a week ago, Google had announced its availability and shipping details for the aforementioned countries. Now it seems like the slab manufactured by Asus, is going the Galaxy S3 way and will make users wait before landing at their doorsteps. But the good news is, prospective buyers can go for the 8GB version as it is being dispatched within 3 – 5 days of placing the order, confirms TechCrunch.

The Nexus 7 arrived late last month with the much anticipated Android Jelly Bean and the quad core Nvidia Tegra 3 processor in tow. It is equipped with a front-facing 1.2MP webcam, but misses out on a rear-facing snapper. A strong competitor of the Kindle Fire, this Google-branded device flaunts a 7-inch backlit IPS touchscreen of 1280 x 800p resolution. The display is coated with Corning Gorilla Glass which should offer resistance against scratches in case of accidental drops or bumps.

The 16GB Google Nexus 7 priced at $249, is currently unavailable. But the 8GB variant can be purchased for $199 through the Google Play store.