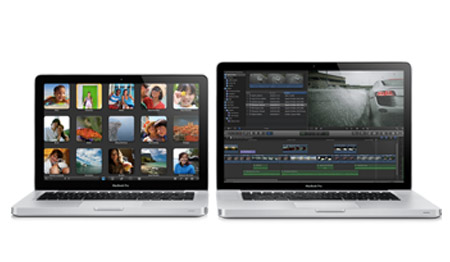 Though something else is expected to have our full attention at the purported upcoming Apple event, the news of a 13-inch MacBook Pro with Retina display slated to be unveiled at the show has got us talking too. This laptop is the smaller cousin of its 15-inch variant which was launched in June this year along with a refreshed range of other devices.

9to5Mac has word from a ‘consistently reliable source’ placed at a US retailer that such a notebook is indeed gearing up to make itself known later this month. Along with the Retina display which was last seen on the already successful iPhone 5, this laptop will also comprise a thinner and lighter enclosure than is current version.

The source also told the website that the new MacBook will start hitting store shelves soon after its introduction. It should be made available in two configurations with the main differences in specifications coming in the form of processors and storage. It will be sold alongside the current 13-inch model, but with a higher price tag.

The Apple event in question is said to have been planned for October 23, 2012, and its main attraction will apparently be the new iPad mini. This device is believed to kick in a smaller 7.85-inch multi-touch screen apart from a Lightning connector and 512MB RAM. Cellular as well as non-cellular versions are supposedly planned for it.

We’ll have all the details regarding the 13-inch Retina MacBook Pro as and when – and if at all – it is unveiled.