Samsung is planning bigger for the tablet game and according to the news, the company has a 12.2-inch one in the pipeline. If the Galaxy Note 10.1 2014 Edition is what comes to mind, you’re probably not very far off with that guess.

Some days ago, a Wi-Fi version of the device was seen passing through the Bluetooth SIG. Now it looks like an SM-P905V LTE variant has also been given the certification. What’s more, the V featured at the end of the model number is thought to stand for Verizon Wireless. 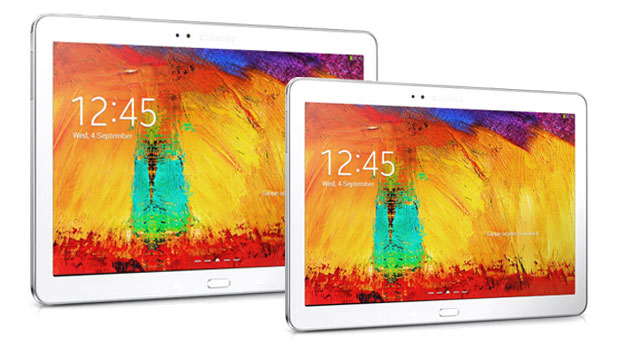 SamMobile has cobbled together a report from various sources, all of which draw a clearer picture of what the 12.2-inch Samsung tablet could offer. But before we dive in, do note that it was also caught as the international LTE-compatible SM-P905 and winning a 35,901 score at the AnTuTu benchmarking website.

The tablet is supposed to embed a Snapdragon 800 processor and run on Android 4.3. A 12.2-inch touchscreen splayed across the front, delivers visuals in 2560×1600p resolution. The onboard storage capacity is touted to be 32GB. But we have a feeling 16GB and 64GB as well as a memory expansion slot may also be in the offing, since the Galaxy Note 10.1 comes with the same.

As of now, we don’t know how soon the 12.2-inch Samsung Galaxy will hit availability status. The price will have to wait too.

Quick run of the specs: