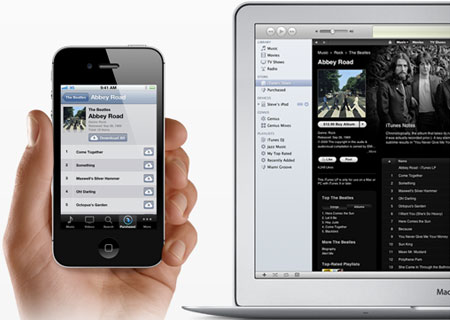 There’s a $10,000 Apple gift card awaiting the 25 billionth app downloader and with the number already way past the 24,000,000,000 billion mark, now’s a good time to keep an eye on the iTunes countdown. But we are going to warn interested participants that prolonged staring at the ticker may cause disorientation and blurry vision owing to the rate at which it’s speeding along.

It’s a fun and fair contest considering that those who don’t intend to download an app can still participate. The iTunes countdown page also hosts a link for people who want to try their luck without actually purchasing or downloading an application. It leads visitors to an online form asking them to fill out some essential information such as the name, address, email ID, phone number and so on.

“As of today, nearly 25 billion apps have been downloaded worldwide. Which is almost as amazing as the apps themselves. So we want to say thanks. Download the 25 billionth app, and you could win a US$10,000 App Store Gift Card,” says the Apple web page sporting the countdown ticker. 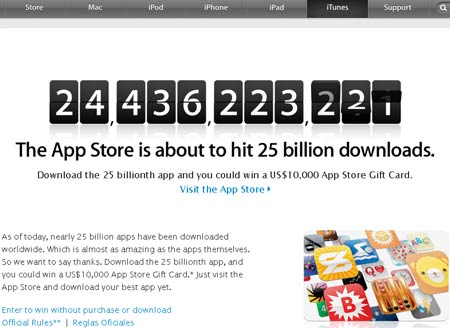 PCMag notes that the entries are limited to 25 per person, per day. Anyone who downloads an app is automatically signed into the competition. Of course, this is not the first time Apple is holding such a contest. Back in 2009, the 1 billionth customer won a $10,000 iTunes gift card. The company has also been seen giving away the same to the person who purchased the 10 billionth iTunes song as well as the 10 billionth app.

Meanwhile, anyone who happens to be feeling extraordinarily lucky can take a look at our most expensive iPhone apps roster in case they’re wondering what to do with the $10,000 gift card that will go to the 25 billionth app downloader.