We’ve heard of hackers and siblings tricking Face ID, but it turns out even a 10-year-old kid can potentially unlock their mother’s iPhone X. That’s exactly what happened with Ammar Malik and Sana Sherwani, raising the question of how reliable Apple’s fancy biometric system actually is.

Ammar’s parents had just set up Face ID on their iPhone X when he walked in, eager to get his hands on the handset. He apparently picked up his mother’s unit and immediately unlocked it. They were naturally shocked and found it funny at first, but later grew concerned at the repercussions of having your child get easy access to your phone.

Their concerns will probably be shared by any iPhone X-owning parent. As can be seen in the video below, Ammar can reliably unlock his mother’s iPhone X, so it wasn’t just a one-off fluke. He had less luck with his father’s device since it only let him in once. 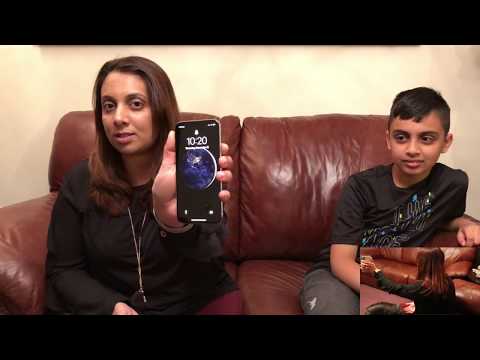 Sana later re-registered her face under different lighting conditions. This put an end to Ammar’s Face ID hacks. However, she decided to further test things by registering all over again under indoor night-time lighting, similar to the first time. Ammar could once again unlock her iPhone X, but only on the third and sixth attempt.

He later gained unfettered access, just like before. Apple has actually acknowledged the possibility of twins and children under the age of 13 fooling Face ID. Kids don’t have fully developed features yet, confusing the system. Still, the fact that the mother-son duo involved here are of different genders and present a significant age gap is a cause for concern.

All-in-all, it would be best for anyone with an iPhone X to check if their family members can dupe Face ID. If they can, re-registering under better light would be the best way to go. Failing that, users can always setup a password, but that would mean sacrificing a major feature of the smartphone.