10-inch Kogan Agora ICS tablet up for pre-order, priced under $200 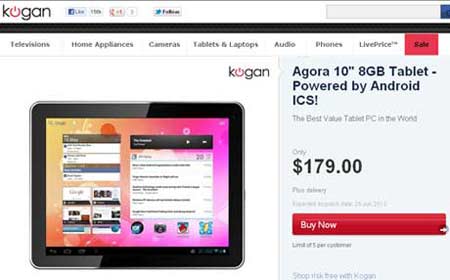 Here’s yet another tablet dubbed Kogan Agora that claims to go easy on the pockets, as it has been attached with a price tag that reads a modest $179. Features like the Android 4.0 OS, a 10-inch screen, a 1.2GHz processor and 1GB RAM amongst others should make it a pretty good option to consider.

Besides a multi-touch real estate of 10 inches, the Kogan slate is embedded with illuminated soft-keys to facilitate better navigation through the device. Its capacitive touchscreen can render visuals in 1024 x 768p resolutions. While it gorges on the Ice Cream Sandwich platform, the Cortex A8 CPU that clocks in a speed of 1.2GHz and 1GB RAM render the device capable of running multiple applications simultaneously.

“We’ve listened to feedback from our first foray into Android tablets, which people said was priced exactly where they wanted it – a guilt-free way to get into tablet computing. However, Android 2.3 provided limitations that we’ve overcome with Android 4.0 ICS. Our tablets give people freedom through USB and microSD inputs. We want people to be able to experience a portable, powerful tablet and use the latest software for a fraction of the cost,” commented Ruslan Kogan. 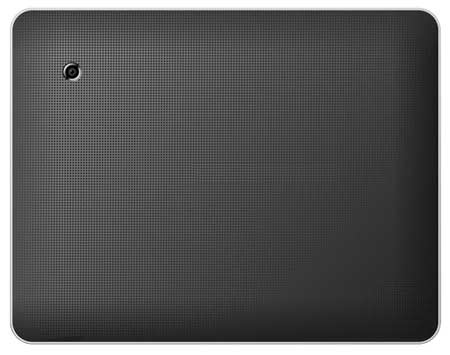 Additionally, the slab sports a 2MP primary camera along with a front-facing webcam for video calling purposes. Available in variants with 8GB and 16GB storage capacity, this Wi-Fi enabled tablet can cough up the juice for close to 8 hours. Also included are a microSD card slot, a USB 2.0 port, an HDMI connector and a headphone jack.

The Kogan Agora prices for the 8GB and 16GB variants are tagged at $179 and $199, respectively, in Australia. It is now up for pre-order through the official website and will start shipping on June 25.