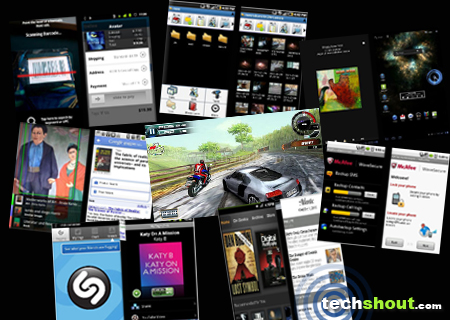 Motorola can go around peeling the covers off all the Droids they want you to have, including the Bionic. But what about the original one with the X-factor? The one you never put through its paces quite as well as you would have liked to? Here is our rendition of the 8 best Droid X apps to get you started on the smartphone.

1. Google Goggles: Thought Google was cool when they introduced Goggles back in 2009? It’s search by images, for the uninitiated and could probably not have been named more aptly. All you need is a camera on your Android phone and just snap away at products, famous landmarks, storefronts, artwork, and popular images found online to look them up. And for those of you going ‘We no speak Americano’, the app can handle French, Italian, German, Spanish, Portuguese and Russian apart from English.

2. Shazam: Now we’ve all been through moments where people are playing ‘that particular’ song at the coffee shop, in the washroom, in the cafeteria and we just can’t put a name and artist to it. And of course, no one who spends their life asking Google Maps for directions instead of a pedestrian wants to look like an extrovert. That’s just creepy. So flip out your Shazam-infused Droid X and force it to listen to the track that’s playing. It’ll be able to identify the song, allow you to buy it online, watch the video, get the lyrics, play it on Spotify and much more.

3. Astro File Manager: According to Astro File Manager, over 16 million Android users have asked for a hand with managing their pictures, music, videos, documents and so on. The app packs in a whole lot of features that should be of use to the bumbling file manager within you. It offers image and text viewers, a downloader, an application manager and a task manager. The software can also cope with SMB, Bluetooth, SFTP, Zip Tar, networking and attachments. Add to that the fact that it comes for free.

4. Asphalt 5 HD: Anyone who’s a fan of racing games will be familiar with the name Asphalt. Gameloft’s addictive game that puts you behind the wheels of more than a dozen road warriors with brands like Ferrari, Lamborghini, Aston Martin and Ducati to boast about is up for downloading as Asphalt 5 HD. It works with 480 x 800p, 480 x 854p and 600 x 1,024p screens and you’ll find the second type on your Droid X. Burn rubber through the streets of L.A., Tokyo, the Bahamas and more in this adrenaline pumping racing title. 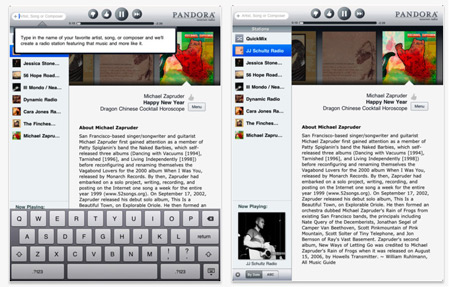 5. Pandora: There’s nothing like radio when it’s made-to-order and Pandora promises you can listen to free customized radio and only play the songs you like. The internet radio service is described as a free personalized radio which is now available to stream music on phones. When you start by punching in your preferred artists or songs, the app will get the hint. What the you get at the end of all the lack of too much effort is an intuitively built station which plays more music like the type you groove to.

6. Kindle for Android: Kindle used to be an eReader to help lighten the bulk of those traditional paperbacks, hard covers, newspapers and magazines. And now you can even ditch the Kindle and catch up with your reading on your Android device with the Kindle app. Funny sort of world, isn’t it? Users have access to a horde of free content as well as paid content through this application. Also, Amazon Whispersync automatically syncs your last read page, bookmarks, notes and highlights across compatible gadgets.

7. McAfee WaveSecure: One thing a lot of people with smartphones forget is that these are also vulnerable to security threats. MacAfee says it will protect your handset in case you happen to misplace it or someone happens to steal it from you. It can remotely lock the phone in question and wipe the stored data too. What’s more, such information may also be backed up and restored from the gadget or via a web portal. We recommend trying out the trial version before you actually drop the cents for it.

8. ShopSavvy: Labeling itself the ‘original barcode scanner for Android’, ShopSavvy attempts to rally around and support all your efforts to find the best online and local prices. It even does away with auto complete of addresses from contacts to assure user privacy. v.4.5.0 covers ShopSavvy Wallet which permits you to add your credit card and buy with one swipe from retailers such as Walmart, Buy.com, Target as well as Barnes & Noble. Sticklers for the older app style can look it up as GoCart.

So wheel your shopping cart to the Android Market and tell us if you aren’t happy about at least a couple of these downloads from our list of the 8 best Droid X apps.