Nearly 200 Apple iPhone 6S and 6S Plus handsets have been seized by customs authorities at the Chhatrapati Shivaji International Airport in Mumbai. The rise in smuggling has compelled authorities to step up its vigilance ahead of the smartphones official launch date on October 16.

Officials have issued a statement asking all passengers to voluntarily declare their Apple iPhone 6S and 6S Plus devices at customs and pay the appropriate duty on it. According to the release, the 200 illegal units have been collected over a period of two weeks and are worth over 1.23 crore.

The document asserts the phones are coming in from Singapore, Istanbul, Hong Kong, Dubai, London, Bangkok and Johannesburg. Customs law states that goods worth Rs 45000 and above must be declared. The 16GB iPhone 6S costs $649 in the US, which is approximately Rs 42000. The figure would probably go above the accepted mark with the addition of applicable taxes. 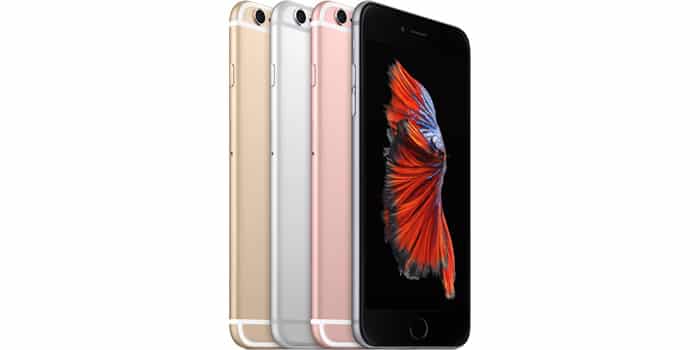 With this is mind, the authorities are asking all fliers to declare even a single iPhone brought in from abroad. If a person is caught after passing the Green Channel, they will be forced to pay a fine and penalty, along with the original customs duty. Individuals carrying the handsets in commercial quantities could further be arrested.

A quick look at the common specs of the Apple iPhone 6S and 6S Plus:

Similar incidences have occurred in other parts of the country as demand for the new iPhones increases in the grey market. 7 youths were apprehended a few days ago at the Indira Gandhi International Airport in New Delhi for trying to smuggle in 182 6S and 6S Plus smartphones from Hong Kong and Singapore.

The official price of the Apple iPhone 6S and 6S Plus has not been announced yet. However, a leaked memo from its India distributor Ingram Micro has revealed the 16GB model of the former will retail for Rs 62000, while the latter can be bought for Rs 72000.